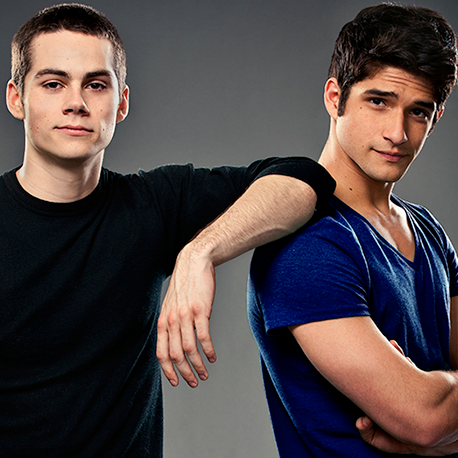 ANAHEIM — MTV's Teen Wolf returns for an action-packed season 3 on June 3rd. During WonderCon 2013 we sat down with stars Tyler Posey (Scott) and Dylan O'Brian (Stiles), along with co-executive producer Jeff Davis, to discuss what fans can expect from the exciting new season.

We're dying to know, what can you tell us about season 3?

Tyler Posey: This season's really cool. Like, the last two seasons were really fun, really great to do … the best part of my life. But this season we're diving into so much more acting. Bigger scenes, monologues and stuff; it's just so much fun to do. 'Cause, you know, with all the action and everything else, we still get to do, like, really good fun acting scenes and the show's just really well rounded and awesome to do.

Jeff Davis: I can tell you that there are new characters, new villains – a lot of new villains actually – who are really fun. And the actors playing them are phenomenal. We got the twins, Max and Charlie Carver, who I think are going to be great additions to the show. We've got Gideon Emery, Felisha Terrell who are great actors. Gideon is amazing, he's a voice actor … he's done a ton of video games, he's done a ton of TV. And he can do extraordinary things with his voice. He plays a great villain. He surprised me, actually, he really did with the levels he brings to his performance. One of the difficult things about writing this show is that you eventually have to kill people off and you come to like them so much, you're not sure you wanna do that anymore.

JD: It's a secret [how much of him we will see this season], but I will tell you this; Gerard is not dead.

What can we expect to happen between Derek (Tyler Hoechlin) and Scott this season?

TP: They are really tight now. They're allies, they're older, they're matured. They're accepting more. So, they're buddies … 'cause Derek has seen Scott grow into, like, a mature little dude and knows that Scott can handle his business.

What does that mean for BBFs Scott and Stiles?

Dylan O'Brian: Me and Posey, our characters are on a separate path this year.

TP: They're still 100% best friends … they've just, they've got their own lives. Stiles is helping out with his dad. His dad is going through some crazy stuff. They're both the leaders and the protectors of Beacon Hills and there's so much stuff happening right now that they both can't be together. They need to be in different places to help protect it as much as they can … so there's not that much Scott and Stiles this season yet. It's only the beginning of the season … but the scenes that we have are so good, so fun to work on. I love 'em.

DO: I feel like I'm on a different show [laughs]. It’s just the way that things turn out on the show, with the characters, and the stories. That Stiles is always kind of separated or handling something else. You know, there’s always a lot of wolf stuff that I’m not directly physically involved in ’cause I can’t be, ’cause I’ll die! I always sort of like end up conveniently being somewhere else handling from afar with like a phone. I’m never actually witnessing the fight, or I show up right after … in my jeep [laughs].

What about the Stiles and Lydia (Holland Roden) romance?

DO: The feelings stuff for Lydia is kind of shelved a little bit for Stiles at this point. He's sort of trying to move beyond that because it hurt his feeling so much in the past. Plus, he's got a lot of other stuff going on, like he's got to protect Lydia and his dad. And he and Lydia solve a lot of things together this year, which is kind of cool, I think.

How will things be different for Lydia in season 3?

JD: Now that she is in the know, she becomes a much more important player in everything. And it's nice to be able to do that with this character. We didn't know just how important Lydia would become and a lot of that is due to the strength of Holland Roden's acting. She's phenomenal, and what she brings. We knew that she would be important somehow, but we didn't know the levels of how much fun we would have with her. My co-executive producer and I are constantly coming up with new ideas for her character to the point where I have to say, wait a minute, last episode was a very Lydia episode. We need other characters this time. So she was very surprising.

Don't miss the 3rd season of Teen Wolf when it returns to MTV on June 3rd.