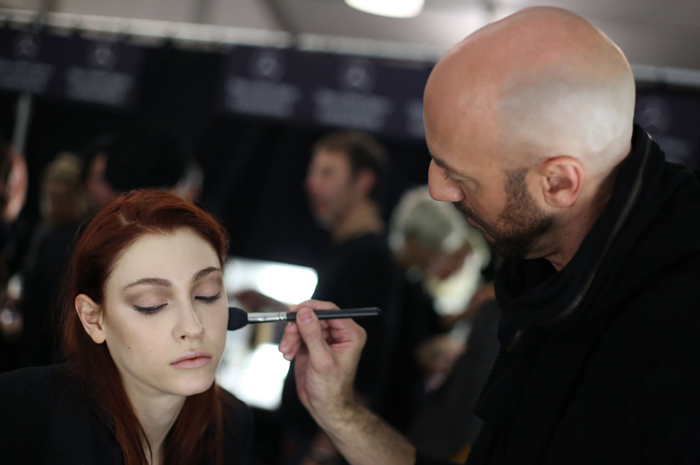 I had the amazing opportunity to attend New York Fashion Week and cover the beauty trends for the Academy of Art University Fall 2015 runway show. I am always scanning magazines and the web for what’s hot and what’s not in the fashion industry. When it comes to makeup, you could say I am a beauty whore, I can never get enough MAC products. Their packaging is trendy and their ad campaigns often feature top celebrities and pop artists, not to mention their makeup is the bomb! 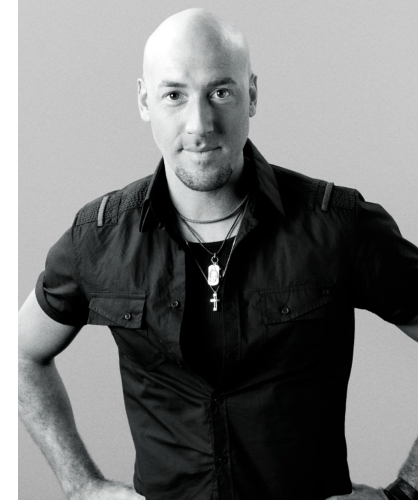 MAC has always been my go-to source for every event and styling shoot that I have produced, so I was thrilled when I found out that Victor Cembellin (right), senior makeup artist for MAC, would be the lead artist for the Academy of Art University’s show. With more than 20 years of industry experience, Cembellin is also a freelance editorial makeup artist and an educator at the Academy. His expertise and know-how are brilliant assets for Academy students who wish to further their career in the beauty world.

“I initially became involved with Academy of Art University after leading the makeup team during New York Fashion Week several years ago, back when the tents were still in Bryant Park,” Cembellin said. “Upon returning home to San Francisco – I was born and raised in the Bay Area – I shot several covers and editorials for 180 Magazine.”

Jeanie is a West Coast agent, who loves to wear maxi dresses and platform sandals, enjoys yachting and traveling with her Twin Flame and fine dining. Her two favorite accessories are a brass armlet from Italy and her Marc Jacobs hot pink "Rana Pouch" with a brass upside-down lucky love frog.