Why ‘Winter’s Tale’ Is A Dream Come True 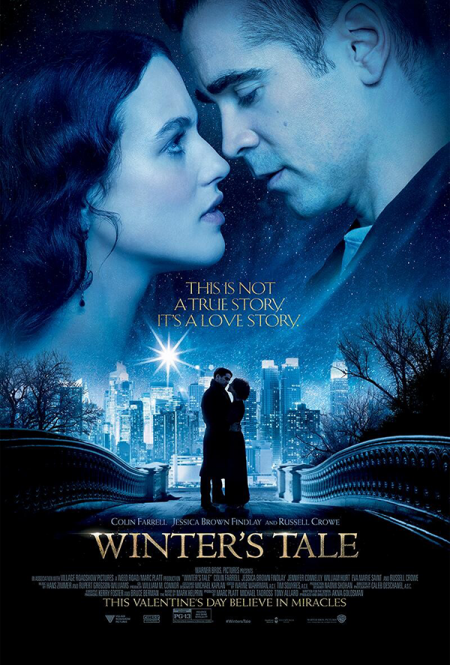 GLOBAL — Often Hollywood movies have a fairytale ending, one that is oh-so-predictable. But if you’re like me and haven’t already read Mark Helprin‘s 1983 book Winter’s Tale, you won’t be prepared for this, at all. It’s not as it seems, in a good way.

“Winter’s Tale” stars Colin Farrell as Peter Lake, an orphaned infant who grows up to be a thief in 1890’s New York. It’s a film with myriad themes including destiny, hope, and good vs. evil. After watching the romantic fantasy, I left the theater not quite sure what to think about the film. It was a bazaar mix of childhood fairytales with some religious overtone. Initially, it seemed more befitting a Christmas story; parents who are unable to enter New York City because they may potential have a “pulmonary” disease, place their infant child into a mini boat and send him adrift. Does that story sound familiar?

Twenty-one years later that infant is a grown man living the life of a petty criminal in Brooklyn, where his boat landed. It’s a mystical version of the Big Apple, one where demons walk the earth with humans. Will Smith is Lucifer who lives underground and Russell Crowe is Pearly Soames, one of his earthbound demonic factions who rules over Brooklyn as a king pin. For years Peter has done his bidding, but he crosses Pearly and soon finds his every step dogged by the evil doer. Lucky for Peter a magical white horse comes to his rescue and just when he’s about to leave for the city he encounters an ill young woman Beverly Penn (Jessica Brown Findlay), the daughter of rich newspaper tycoon Isaac Penn (William Hurt), who shows him the meaning of true love.

As fate would have it, Beverly has been diagnosed with consumption and doesn’t have long to live. This is when the predictability goes out the door and there’s an unexpected twist. What may be merely fantasy woven into a novel that is then adapted into a film, now is an inspiring tale about how things aren’t as they always appear. I couldn’t help but see the symbolism about corruption and hopelessness that plagued the city in that era, but also be uplifted by the notion of how hope and love can be redeeming. What seems hopeless could have a happy ending and one person’s lost love could be another’s dream come true.

Recently I held a giveaway of VIP seats to a screening of the film and here’s what a couple of winners had to say:

Thnx to @thechicspy for the VIP Tickets to catch a preview of #WintersTale comin out on Valentine’s. Not what we expected but a great movie!