A designer’s sketches have gone missing in NYC

As a member of my Chic Intelligence Agency (C.I.A.), British Agent Amber is the queen of gadgets and has just about every app on her mobile devices that a Chic Spy Agent needs to foil a fashion caper. Her chicness is undeniable—she has copper-tone locks, a penchant for prep, and a posh pad in London.

Just a few days before she was spotted in Central Park, Agent Amber received an envelope containing a silk scarf from an unknown source. It had a hypnotizing aroma with a seductive, yet sophisticated scent, and there were smudges that appeared to be cherry red lipstick. “Could this be a clue?” Or maybe it’s just a gift from one of her many fashion friends who love indulging her with their designer confections.

Soon the cryptic delivery would divulge itself as her next mission. On the reverse side of the scarf was a scripted message, “Manhattan at sunset near the carousel in Central Park at 64th Street.” Also inside the envelope was a single designer sketch and a note that simply read, “A sketch book from a New York designer’s upcoming collection has been stolen and a sartorial sleuth is needed!’

Who could resist such a mysterious, yet tempting call to action? So, it’s no surprise that Agent Amber accepted the mission. But what has become of her? Tasked with recovering the missing sketches, Agent Amber would go to great lengths to solve the case, unfortunately her whereabouts are now unknown. That’s where my mission begins—to uncover the mystery and sort through the many clues.

After taking a red-eye to the Big Apple, I arrived to the Manhattan hotel suite where Agent Amber had been staying. In her stylishly decorated suite there was a vanity case left open on a brightly colored chaise lounge in the front room. As I approached the chaise, I looked inside the case and saw more possible clues.

Next to the case was a tablet. I grabbed the device and turned it on. Oddly, it was not password protected. It seems unlikely that such a tech-savvy sleuth would leave one of her gadgets so easily accessible.

With the device powered up, I investigated a few apps and quickly discovered notifications in the cue. There was a 137-character message on social media describing Agent Amber’s last sighting: ‘It was a breezy moonlit night in Central Park and Amber was wearing a cropped military jacket, plaid skirt, and carrying a quirky clutch.’

Another tweet followed: ‘Hot on her heels was a mysterious figure cloaked in a trench and sporting high-heeled booties.’

Is it possible that someone has been tracking our every move? Did they anticipate my arrival to this location, leaving the case and tablet for me to discover? Perhaps the items inside the case hold even more answers to solving this case of fashpionage.

clue 1: The vanity case filled with clues. Does this belong to Amber, the unknown source, or the culprit? Globe-Trotter ‘Cruise’ 13″ leather-trimmed fiberboard vanity case.

clue 2: Crimson red lipstick was smeared on the scarf. Could it be this one? Tom Ford lip color in Cherry Lush.

clue 3: Bottle of perfume. Could this be the scent on the mysterious scarf? Jimmy Choo ‘Illicit Flower’ Eau de Toilette.

clue 4: Travel wet wipes for the face, body, mouth, and accessories. Looks like someone packed for a quick getaway, but who? Savvy Travelers ‘Jet Set’ kit.

clue 5: Designer sketches. Could this be an excerpt from the missing sketch book? 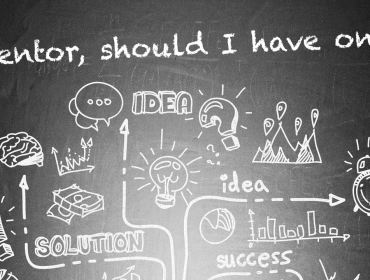