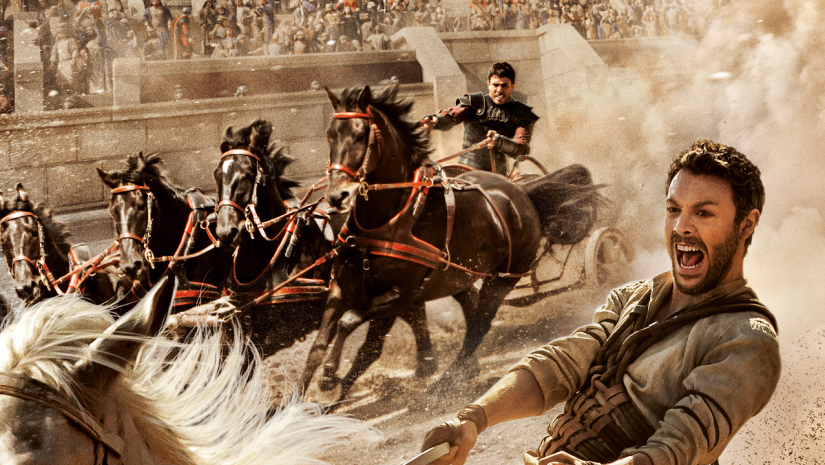 Ben-Hur rivals original, so I hear

I have not read Lee Wallace’s 1880 novel “Ben-Hur: A Tale of the Christ,” from which the movie “Ben-Hur” is adapted. Neither have I seen the 1959 version of the film, starring Charlton Heston in the title role, but from all the buzz surrounding the upcoming film, I knew I had to put it on my radar. Here’s how “Ben-Hur” measured up on my radar rating.

Plot: “Ben-Hur” is set in the 1st Century during the time Jesus was crucified and Roman Governor Pontius Pilate ruled with an iron first. The story surrounds the life of fictional Judah Ben-Hur (Jack Huston), born to privilege as a Prince in Jerusalem, where he resides with his mother Naomi (Ayelet Zurer), sister Tirzah (Sofia Black-D’Elia), and stepbrother Messala Severus (Toby Kebbell)—who as a young orphaned Roman boy, was adopted into the family. Judah and Messala share a strong bond that is put to the test after incidents of betrayal, and leads Judah on a path of vengeance.

Engagement: Not having seen the film or read the book, I was not sure what to expect, but within the first few minutes of watching the film, I was hooked not only on the plot, but on how engaging and relatable the film was, for it to be set in ancient times.

Instantly you can’t help but be drawn to the characters and initially feel empathy for Messala, who seems almost like an outsider in the family—in part because Naomi seems to be more a wicked stepmother in the beginning when she continually chastises Messala, and the dismay she shows whenever she witnesses Messala talking with her daughter Tirzah.

It’s no shocker when Messala decides to leave the palatial home in Jerusalem and return home to Rome to find his roots. But it’s what happens in this time away and when he is later reunited with the Ben-Hur family, that sets the tone for the film. The obvious resentment Messala has held for the family and Judah’s oblivion to this—as well as everything else going on around him—becomes a focal point in the film.

Revenge, forgiveness, and redemption are the overarching themes in the film and are apparent not only with Judah and Messala, but other characters as well, including Ben-Hur’s wife Esther. But it is Judah’s intermittent contact with Jesus throughout the story that is riveting, and illustrates kindness and compassion as the true narratives. It was hard not to be transfixed by the film and ponder both the joyful and poignant morals of the story.

The film is chock full of action too, in the form of horse and chariot races. As young brothers, Judah and Messala would compete informally against each other. When they are feuding, they once again go up against each other at the ‘Roman Circus’—think “Fast and Furious” chariot style. This symbolic struggle of good vs. evil; rich vs. poor; and strong vs. weak is a significant element of this plot and definitely the most engaging. Rumor has it that the filmmakers used as little CGI as possible to make the scenes more realistic. It was no doubt successful, coupled with the 3D component, you will surely be flinching during some of the action scenes!

Style: The costuming in the film is in line with Ancient Rome clothing and adequately set a mood for the era. The Roman uniforms, however, were the highlight of the costuming in this film, featuring great detail that made them pop against a backdrop of dusty concrete dwellings.