Tori Nichel is a hot new designer on the fashion scene. Her designs are unmistakable for their fresh, cutting edge style.

What makes her avant garde designs so amazing is the attention to detail, creativity and quality given to each and every creation from billowy bell-shaped frocks to contemporary architecturally-structured coats.

It is a pleasure to have Tori Nichel blog for our Designer Diaries. Just a few of the designer goodies ahead include the day-in-the-life of a fashion designer from sketches to runway, exclusive scoop from fashion events like New York Fashion Week and much more.

Bio: Well into her third season, emerging young designer Tori Nichel has been on an upward spiral to success. She has always had her pulse on fashion. Ever since she was a little girl growing up in Michigan, she knew that her ultimate dream was being at the helm of her own fashion house one day.

The Fashion Institute of Technology (F.I.T.) graduate has been silently fine tuning her talents in the industry for the past nine years. Fresh-faced and driven, she began her career at Dana Buchman where she honed her eye for fine, luxurious fabrics and novelty details. Her ambition led her to the Kenneth Cole design team where she grew into her own and flourished as a designer. She was instantly inspired by his sleek downtown image, anchored around black. It was during those four amazing years that Tori Nichel began to mold her naturally clean aesthetic into a chic tailored and eclectic look.

It is in this vain that Tori Nichel launched her eponymous, high-end contemporary women’s collection for Fall 2006 called Tori Nichel. She is adding her distinct point of view to the fashion canon by creating a line for the metropolitan woman that is anchored by her signature tailoring details, effortless chic dresses, and an acute attention to detail. Essence magazine has deemed Tori Nichel “The next big thing,” Forbes has dubbed her the “One to watch” and ELLE magazine praised her tailoring techniques.

We originally interviewed Tori in 2005. Here is our latest interview:

The Chic Spy: What inspired you to model the City Nights Collection on the style of Bianca Jagger?

Tori Nichel: Bianca Jagger has been one of my favorite style icons who epitomizes the 70’s. Her Studio 54 nightlife glamour really captured the essence and feeling of the collection. I wanted the dresses to be electrifyingly sexy while appearing chic and glamorous, ie, Bianca Jagger circa 1977.

TCS: What is your favorite piece from the collection?

TN: Don’t make me choose! I would say the Purple Lurex Chiffon Hippie Dress and the Louise Trench Coat Cape. I couldn’t choose just one! It’s like asking a mother to tell you who her favorite child is! I want to wear that Louise Trench down 7th Avenue this Fall with some ridiculous heels, just to get a reaction — sexy right?

TCS: If you could describe the City Nights Collection in one word, what would it be? 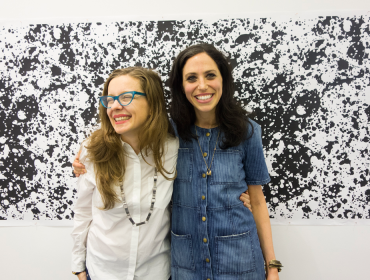 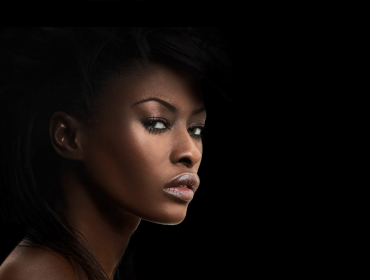