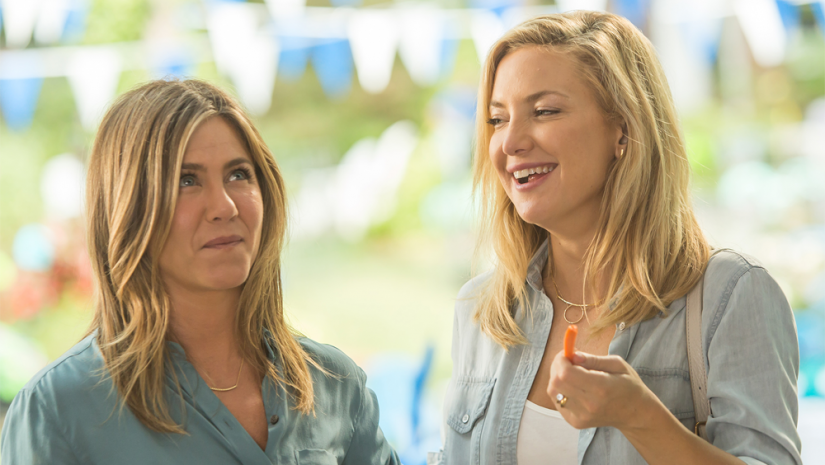 There is a degree of truth in the old adage ‘The hand that rocks the cradle is the hand that rules the world.’ This is comically conveyed in the film “Mother’s Day” co-starring Jennifer Aniston and Kate Hudson.

From the day we are born, our mothers guide our life, even when we want to steer our own course. The ensemble cast in “Mother’s Day” show just the impact mothers can have in our lives. If you are thinking about treating your mom to a weekend matinee of this dramedy, read on to discover how it measures up on my radar rating.

Plot: There’s a whole lot of mothering going on in this film featuring an all-star ensemble cast. Sandy (Jennifer Aniston) is a recently divorced mother of two sons, who is having to deal with the reality of her ex-husband (Timothy Olyphant) remarrying a much younger woman (Shay Mitchell). Sandy’s friends Jesse (Kate Hudson) and Gabi (Sarah Chalke) are both happily married, but are keeping the details of their marriages secret from their mother. Meanwhile, new mother Kristen (Britt Robertson) has a hard time committing to the father of her child because she’s dealing with abandonment issues over her mother (Julia Roberts), who gave her up for adoption. There’s even a nod to a mom who has passed (Jennifer Garner) as her husband (Jason Sudeikis) and their two daughters, cope with her death on Mother’s Day.

Engagement: There’s a lot happening in “Mother’s Day” but it isn’t hard to stay engaged with this funny homage to mothers. From Sandy’s frustrated—and somewhat jealous—antics involving her ex’s young bride, who is trying to be a lovable stepmom, to Jesse trying to dodge her overbearing mother and keep her marriage secret—this film is chalk full of funny moments, and it all begins when Jesse and Gabi’s parents make a surprise visit to see their daughters, whom they haven’t seen in years. There parents Flo (Margo Martindale) and Earl (Robert Pine), who hale from Texas, have some not-so-liberal views when it comes to marriage. This causes some issues when they make a surprise visit, especially considering Jesse is married to an Indian man and Gabi is married to a woman.

Style: The overall look in this film matches the tone of the movie that is set in suburbia. The fashions are simple and in line with the persona of the characters. The looks that resonated most are those of Flo and Earl with their kitschy attire and oversized RV interior decorated with American flag motifs.