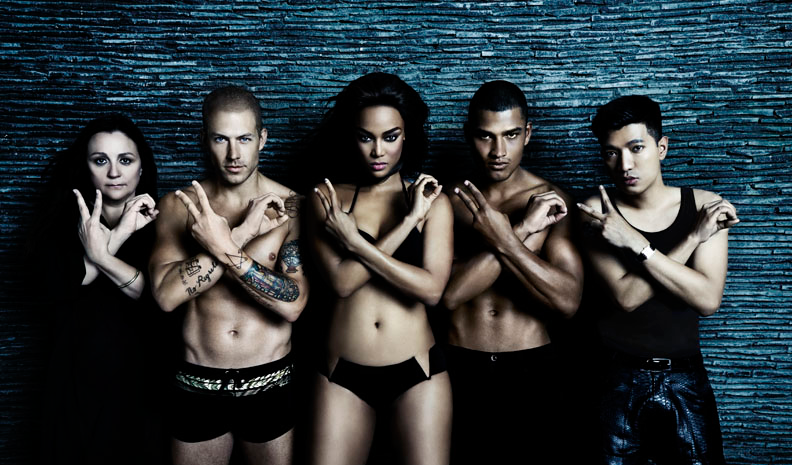 GLOBAL — Today I had an amazing opportunity to interview Kelly Cutrone, founder of fashion PR firm People's Revolution and one of the judges from America's Next Top Model. If you're a fan of reality TV, you may remember her from "The Hills" as the no-nonsense boss of Lauren Conrad, who worked at her PR firm. Since last season cycle 19, Kelly's been a judge on ANTM alongside model Rob Evans and stylist Johnny Wujek; and this season there's a twist with the addition of male models competing for the title of "America's Next Top Model."

"Guys aren't as tough as they seem and it's the girl that's got game and pretty soon women will be ruling the world. That's what you learn by watching this season." ~ Kelly Cutrone

The interview took place via phone with a 'roundtable' of other media outlets including Nylon magazine. I waited with anxious anticipation to hear Kelly's voice, who's notorious for being frank and to the point – she's been known to render people to tears. But surprisingly, there was none of that on this call; she was funny, refreshing, and down-to-earth while dishing on the upcoming season of the show, which she referred to as "cycle 2.0." She even revealed some behind-the-scenes scoop, like the fact that the judges don't get to see any of the in-house drama beforehand. Some of the best stuff that goes down on the show occurs at the 'model house' but she explains that they don't want what happens in the house to affect their judging.

But, we should definitely expect a little model mayhem in this upcoming season, considering the house is now coed. She shared that there's going to be some hookups and drama to look forward to, including seeing how devious the ladies are in comparison to the gents. She laughingly explains that the "guys are too nice and sweet" and fell prey to the "girls flirting and seduction" describing it as "bold espionage in a killer sort of way."

And if you think the model life is all glitz and glam, she dispels that myth saying it's a "harsh lifestyle" and hard work. As for her working relationship with host and producer Tyra Banks she has nothing but niceties, going as far to say that of all the models she's worked with – Gisele Bundchen included – she's never seen a model move like Tyra. Check out more from my Q&A with Kelly Cutrone:

Will men and women compete against each other in unisex challenges and if so, is there something you and the other judges will look for from males versus female models?

If there is a cycle 21 do you see guys coming back again?

I don't know, you'd have to talk to my boss, her name is Tyra Banks (laughs). It''s Tyra's show you know, so she's in charge of all of that. I'm the backup singer.

How do you like it, now having added male models? Do you think it's added something to the show?

Well, I personally like it a lot because I really like the dynamic and I like all of the things that can go right and wrong as a result of having men and women together.

If you were a Chic Spy Agent, what would be your code name and why?

Tune in to America’s Next Top Model Guys and Girls two-hour season premiere on August 2nd at 8 p.m. ET/PT.