HomeCulture7 Decades of Iconic Women In History and Their Style

7 Decades of Iconic Women In History and Their Style

March is Women’s History Month and when it comes to celebrating aspirational people – whether it be in activism, career, fashion, or beauty – there are a bevy of women who have forged a path to greatness. Here’s our roundup of women who inspire us. 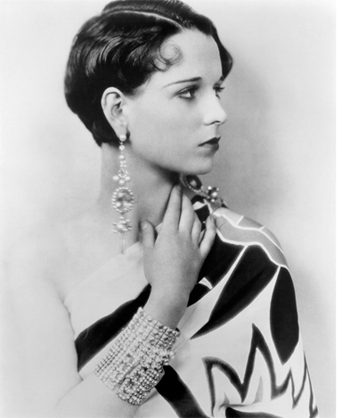 Fashpionage: She epitomizes the Roaring 20s with her independent, free spirited, femme fatale attitude toward her life, career and definitely fashion sense. She rocked a short, sleek bob that she popularized, and had piercing good looks. These are just a couple of reasons why Louise Brooks was one of the most iconic fashion and film personalities of this decade. 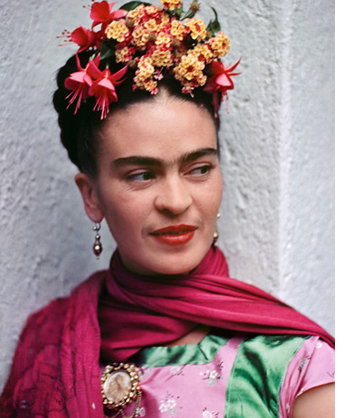 Mission: Painter and activist, who is considered one of Mexico’s greatest artists, political activist, and feminist. Kahlo is known for intimate self-portraits and paintings that reflected her life and the time. Her paintings are graphic with surrealistic elements that are beautifully detailed and personal. Kahlo had numerous exhibitions and was collected by notable museums around the world in her short life.

Fashpionage: Kahlo’s iconic fashion style centered around colorful traditional Mexican dresses and skirts that she would accent with colorful and bold chunky jewelry. Her distinctive thick eyebrows framed her face with her long black hair braided and wrapped like a crown on her head, often adorned with local colorful flowers.

Spy her: Her artwork can be found at numerous museums including the MoMA, the Phoenix Art Museum and Museo Frida Kahlo.

Mission: Not only was Grace Kelly the Princess of Monaco, but arguably one of the most prevalent women in American film. She began her career as a model and quickly made a mark in Hollywood as one of the most successful women in movies, often referred to as “the perfect Hitchcock blonde.”

Fashpionage: Known for her natural beauty and elegant style, she set the pace for sophistication and class. She was known for wearing full skirts and classic ensembles that we see hints of today in style icons like Kate Middleton and Victoria Beckham. Less was certainly more with Ms. Kelly, as her genuine looks were what made her a stand-out style icon today.

Mission: The Grammy-Award winning jazz singer Nina Simone, was known as the “High Priestess of Soul,” for her use of jazz, instrumentals, and silence in her performances. She not only used her phenomenal pipes to entertain, but also for good will during the Civil Rights Movement, to change the way record companies do business with black artists.

Fashpionage: Simone sported a low-cut afro and often wore looks that reflected the ‘Black Power’ movement of the 60s, featuring all black ensembles including turtlenecks and combat boots. When on stage, her glitz and glam came to life in sparkly gowns and statement jewelry pieces with a chic Afrocentric aesthetic that complemented her velvety mahogany skin.

Spy her: Many of her songs have been used onscreen such as “Blackbird” in Beyond the Lights (2014) and “My Baby Just Cares For Me,” which aired in a Chanel No. 5 commercial (1987).

Fashpionage: Diana Ross hit the scene in the 60s with girl group The Supremes. Their style was stellar, but when Ross branched off on her own as a solo artist in the 70s, her look was elevated to that of a sophisticated diva marked by beaded gowns, colorful furs, and tailored tuxes that fit her waif figure to a tee. She’s been dressed by legendary designers such as Bob Mackie and had a definite sense of personal style, not surprisingly since she once aspired to be a fashion designer.

Spy her: Watch her in Mahogany (1975), playing an aspiring fashion designer.

Mission: Singer, songwriter, and actress who has sold more than 300 million records worldwide and made her mark in the Guinness World Records as the best female recording artists of all time, with songs such as “Like A Virgin” (1984) and “Material Girl” (1985).

Fashpionage: Most trends in the 80s were directly influenced by popular music. Some musicians immortalized the punk look, but Madonna took it to the next level. Her controversial lyrics and provocative videos were complemented by her bad girl persona. She undoubtedly pioneered lingerie-inspired outfits such as body suits and bustiers, accessories like crucifixes and fingerless gloves, as well as edgy pairings of lace tops with leather jackets and miniskirts over fishnet stockings.

Mission: She was an instant pop sensation when she dropped her first single in 2008. Lady Gaga has dominated the music industry with record breaking singles and amazing albums.

Fashpionage: She is not only recognized for her songs, but she is also known for her activism in the LGBT community and being a top fashion icon. Lady Gaga has worked with many established designer brands such as Alexander McQueen, Valentino and most recently, Versace. Though some of her outfits may be shocking and even controversial, Gaga has made a mark in the fashion industry, challenged the norm, and paved the way for new trends and styles.