The True Blood Season 7 is here and fans are rejoicing for the final season of the series. Although all of the actors are back to reprise their roles, none of them are safe from the chopping block. Viewers have been raving about the first two episodes so far and we’re in total shock with everything that has happened.

SPOILER ALERT so proceed with caution!

The season 7 premier starts off with a battle scene at Merlotte’s Bar and Grill where vampires afflicted with Hep-V, a viral and fatal strain of Hepatitis, are hunting people. Tara (Rutina Wesley) dies while fighting one of the infected vampires and then Arlene (Carrie Preston), Holly (Lauren Bowles) and Sam’s (Sam Trammell) new pregnant girlfriend Nicole (Jurnee Smollett-Bell), are kidnapped. Sam later advises that every human partner-up with a non Hep-V vampire for protection in exchange for their blood and shelter.

Episode 2 was even more suspenseful when Sookie (Anna Paquin), Jason (Ryan Kwanten), Andy (Chris Bauer), Sam and Alcide (Joe Manganiello) head to another town to see what kind of damage Hep-V vampires are capable of and to prepare themselves for the ultimate battle. The team learns that the town was completely empty and all of the residents have been killed and buried in a deep pit. During their absence, the people in Bon Temps take matters into their own hands and a crazy mob storms into the sheriff’s office to acquire weapons for hunting the chaos-creating vampires. In the end, fan favorite Eric (Alexander Skarsgard) is discovered to still be alive and infected with Hep-V. But nothing compares to the opening scene of episode 2 featuring a seductive love scene between Jason and Eric. As people may or may not know, Eric gave Jason some of his blood in season 6 so he can heal from all the vampire bites.

Not much else has been revealed about what will happen to the other characters, but it’s rumored that the next beloved character to die is Alcide. We’re also on the edge of our seats anticipating whether or not Eric will be cured of Hep-V. Only time will tell. For now we’ll just have to sit back, watch, and hope for the vampiest.

Danny is a West Coast Asset who loves event planning, fashion and entertainment. He enjoys keeping up with pop culture, following social media trends, and indulging in triple chocolate cake. 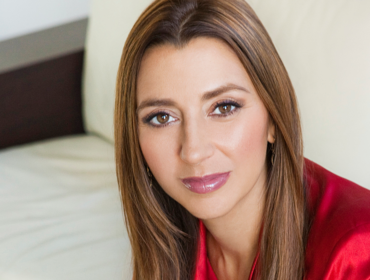